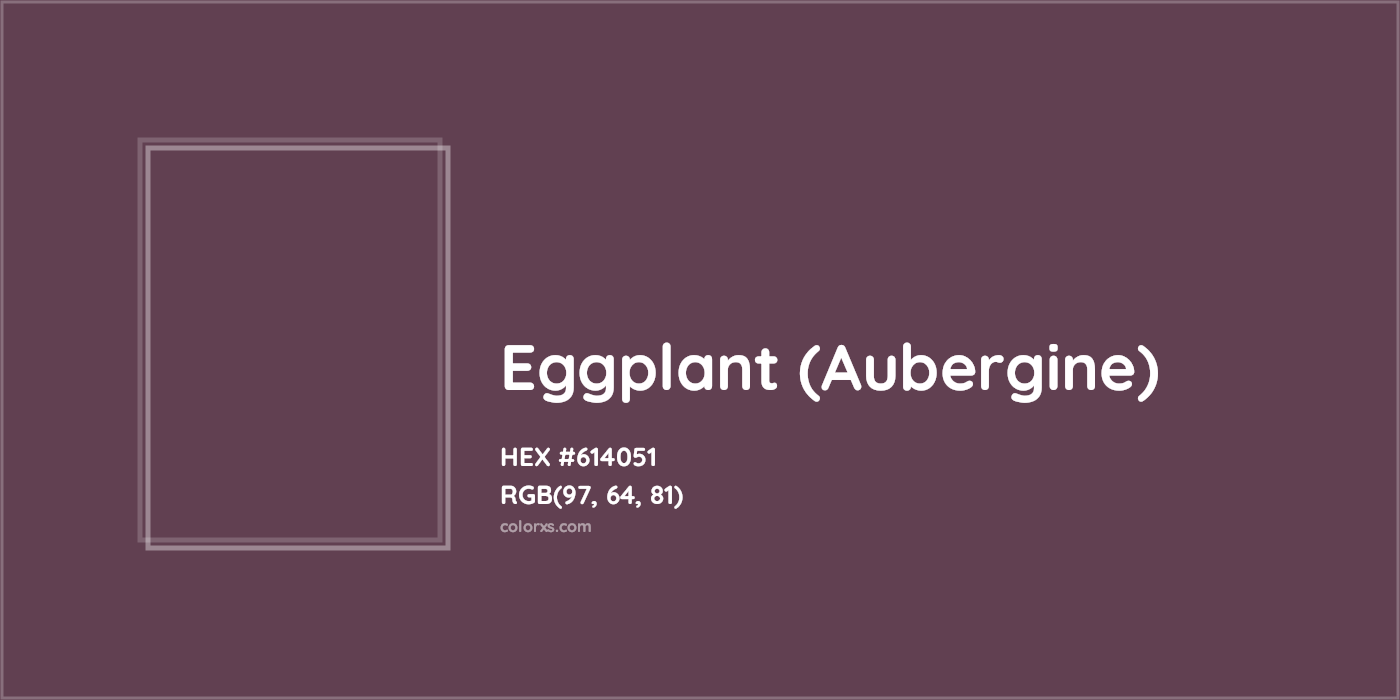 Eggplant is a dark purple color that resembles the color of the outer skin of European eggplants. The color is also called Aubergine. Aubergine is the French, German, and British English word for eggplant. Crayola formulated the color 'Eggplant' in 1998, which is part of the Crayola Crayon's list.

Here is the Triadic and Tetradic Color Scheme of Eggplant. The triadic color palette has three colors separated by 120° in the RGB color wheel and tetradic colour scheme composed of two sets of complementary colors in a rectangular shape on the color wheel.